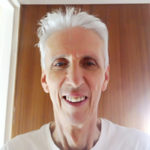 ‘But unto you that love my name shall the Sun of righteousness arise with healing in its wings ..…’

Over many years living in England, I often heard tell of how seeming miracles occurred in saving the country from invasion by the Nazis in the 2nd World War. This often amazed me, and I privately put it down to the relative level of integrity present in this country needing to be preserved, from a divine standpoint, until I discovered a book entitled The Magical Battle of Great Britain and I quote from the back cover:

“Immediately following Britain’s declaration of war in 1939, Dion Fortune began a series of regular letters to members of her magical order, the Fraternity of the Inner Light, who were unable to hold meetings due to wartime travel restrictions. With enemy planes rumbling overhead, she organised a series of visualisations to formulate “seed ideas in the group mind of the race, archetypal visions to invoke angelic protection and uphold British morale under fire.…”

Now, it all seemed to make sense to me; here was a woman who trusted the power of God in action on earth through human beings. She believed that what was required was a nucleus of 6 or more sincerely dedicated persons meditating together on a focused intention and asserted that “we shall make a mistake if we underestimate the powers that are working through us.” And indeed it proved to be, as I lost count of the favourable circumstances that occurred to benefit the Allied forces, for example, how a storm abated just before the evacuation of Dunkirk leaving peaceful and calm weather in a usually turbulent area, and even the military talked of a miracle; or how during the ‘Battle of Britain,’ just at the point when the RAF was on its knees from air battles with the Germans, Hitler switched focus to bombing London thus allowing the RAF, mainly located in Kent, time to recover and rebuild their air force capacity. And then there was the invention of ‘radar’ for practical use by Robert Watson-Watt shortly
before the war in England.

Later, I happened to read an article by Patricia Cota-Robles entitled “Cocreating a Shift Toward Divine Government,” http://www.crystalwind.ca/awaken-the-soul/channeled-messages/patricia-cota-
robles/cocreating-a-shift-toward-divine-government I realized that, yes, there could well be a battle for the Soul of America over the next few months. She says: “From now until the mid-term elections, we have the ability to create the sacred space for the right and perfect outcome for this Divine Plan.” She suggests, just as Dion Fortune has, that we are powerful beyond our knowing.

Holding a space of Attunement over the next while, not looking for any particular outcome, but knowing that by doing simply this; allowing an umbrella of surround of Attunement, the Power of Love is then allowed to do what it will as there is substance generated on the ground with which it can work in a creative way.

What a wonderful time to be alive!

6 thoughts on “Never Underestimate the Power of Attunement”