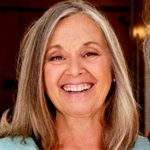 Chris: I am excited to work with Nancy Frederick in creating this article on Lyme’s Disease. She is a friend, an Attunement and Homeopathic Practitioner and teaches each modality in Portland, Maine.

Over the last 15 years of my practice I have seen an increasing number of people with Lyme’s Disease. The name, so I have read, is from the disease first described in and around Lyme, Connecticut in the mid 70’s. Deer ticks are a common carrier of the bacteria (Borrelia burgdorferi) which when transferred to humans can cause a rash (often in a bull’s-eye pattern), fever, flu-like symptoms, joint pain, fatigue and weakness in the limbs and legs. Over 200,000 cases of Lyme’s disease are now reported across the U.S. including Kansas City. Because of its nature, the disease attacks the nervous system and can mimic a wide variety of neurological problems. One client was told he had ALS and only months to live. Another client had multiple lesions on his spine and was told he was full of bone cancer. It took a while until each person was finally checked for Lyme’s disease, which was found and then treated. Both clients are still alive and doing well several years later. I should mention that other infections, like Bartonella and exposure to Black Mold, can cause similar neurological distress as seen in Lyme’s disease. I find it so interesting to observe an increase in bacterial and viral problems for humanity in these days. Science points to weather changes, pollution, the chemical lifestyle, etc., for some of this evolving change. In Attunement, I am aware that the radiation of Being, differentiated and expressed through the thymus gland, is in a large part responsible for the creation of viruses, bacteria and minerals. These seemingly little living creatures are the basic elements that compose the life field upon which human beings have their experience. What is the nature of the radiation expressing out through my/your thymus? While the thymus gland is vitally important in keeping the body purified via the immune system, the radiant (outflow) side of the thymus is even more significant in one’s living today.

I use Attunement to complement the work that clients are receiving from their medical (MD/DO) or chiropractor (DC) or naturopathic (ND) doctors in the Kansas City area. I will share my Attunement approach at the end of this blog. The allopathic medical field often uses a rotation (every couple of weeks) of antibiotics to address the problem. Other healing modalities use different approaches to treat and work with Lyme’s disease. There are herbs like whole leaf Stevia and Japanese Knotweed that are helpful, and there are protocols for Lyme’s disease when using Young Living pure oils. Nancy uses a homeopathic approach in her work with this disease. Here is some of her wisdom in dealing with Lyme’s.

Nancy: Here in the northeast Lyme disease has been a scourge for over twenty years, with many individuals being misdiagnosed or believed to be suffering from psychosomatic symptoms before there were tests to detect it. Currently, warnings are posted in outdoor recreational areas, parents are rigorous about checking their children for ticks, and most people know someone who’s been impacted by the disease. Certain clothing items have been designed for easy detection or for warding off the little creatures, and the market is flooded with sprays, repellents and tick removal devices. Even now that the disease has been identified, diagnostic procedures are subject to false readings. This is in part due to the nature of the disease; it is insidious and can mimic many other conditions symptomatically.

Of the many characteristic symptoms of Lyme that I see in my practice, the most stark are despair and hopelessness, to say nothing of the physical discomfort that can become chronic and disabling. Having had the condition myself, I can vouch for the depth and intensity of these symptoms, but also for the system’s capacity to heal and to thrive with the combination of homeopathy and Attunement.

The allopathic response to a tick bite is a course or two of antibiotics. Most of the individuals I see are those for whom that treatment was unsuccessful; they are desperate and suffering. If the bite is recent, repeated doses of the homeopathic remedy Ledum palustre, wild rosemary, usually eliminates any symptoms within 48 hours. If the bite occurred longer ago, or if there’s been allopathic treatment, or there are co-infections, the homeopathic remedy is chosen according to the basic tenet of homeopathy, like cures like. This requires some time to take the case and choose the best remedy. I offer Attunement before and during homeopathic treatment; I find there is a beautiful synergy of openness and receptivity that develops.

One of the major differences between the two practices is that Attunement is based on what’s Right with you, and homeopathy with examining what’s wrong, in as much detail as possible! In a nutshell, according to homeopathic theory, an individual develops a disease or condition because they have a susceptibility to the energetic disturbance. That’s why one person can be exposed to a virus and fall ill, and someone else might not be affected. The homeopathic remedy, if well chosen, could eliminate both the current illness and future susceptibility. Both the Endocrine and Long-Bone Techniques address the energetic components of Lyme disease, the former through the thymus gland and the latter by addressing genetic susceptibility.

As Chris has stated, some of the influences of current civilization are impacting us on many levels; the diseases we succumb to are really the body’s best attempt to adapt to, and evolve with, those influences. I believe that the body has an infinite and divine capacity, by virtue of the spirit of purification through the thymus and the agreement we share with the rest of creation, to heal. The mineral, plant and animal kingdoms are in agreement with Divine Law and are available and attuned to any and all suffering. How Blessed are we!

The Autonomic Nervous System is made up of two complementary components – the sympathetic and parasympathetic nervous systems. The autonomic nervous system largely works through the spinal cord and the various nerve plexi (solar plexus, sacral plexus, etc.) in the body. I use a part of the Autonomic Nervous System Attunement protocol for working with the nervous system (because of the neurological symptoms) and part of the Lymph-Immune System protocol for working with the immune system.

The basic steps for Lyme’s are:

Twitter
« Oneness with the Spirit of the Living God
Teleconference September, 2019 – Thankfulness: The View From Above »

2 thoughts on “Attunement and Lyme’s Disease”