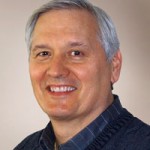 The heart-thymus crossover is a singular point where Heaven (invisible) and Earth (visible) meet. It is the fourth level of the endocrine system’s radiation and the current world vibration. It was referred to as the Holy of Holies in various Biblical text, indicating the inner sanctuary of the Tabernacle where God’s Presence appears. The invitation to all Attunement Practitioners is to work from this sacred, radiant setting. In the crossover point Assurance is in divine Presence as one lets go of the human ego. Here Love’s Radiation, Being’s Radiation, is differentiated and known as the Spirit of Purification.

A word here about perception and sensitivity. Most people who have consistently shared Attunement over the years have noticed a magnification of their perceptive skills. Attunement from the crossover point greatly enhances the generation of pneumaplasm and this in turn heightens one’s sensitivity and perception. With the increase of pneumaplasmic substance (Heaven), the capacities of body, mind, spiritual expression and feeling realm are renewed and in position to discern and translate the vibrations and essences of Love with greater clarity and wisdom so they can be released into the Earth. Contained in these finer levels of pneumaplasm are the frequencies and essences that relate to the planet Earth’s vibration, the Solar System’s vibration, and the Galactic vibration. Attunement and the attunement process speaks to the purpose of a human being referred to in the book of Job.

Job 38:33 Knowst thou the ordinances of heaven? Canst thou set the dominion thereof in the earth?

With this understanding in place, sharing Attunement from the crossover point accomplishes four things. First, it will generate the new, finer pneumaplasmic substance just mentioned. With greater sensitivity and perception an individual is in position to honor one’s true, divine purpose in life.

Second, the generation and sustainment of the pneumaplasmic heaven will provide a natural hedge around oneself such that being immersed in or dealing with the vibrations and energies of the ego world are no longer necessary. The same could be said relative to humankind collectively. The generation of a pneumaplasmic hedge would protect the planet from unnecessary collisions with harmful elements, such as asteroids, in the larger solar system.

Third, it will clear karma or somatic mutation energies in a life-pattern. What is karma? Karma is any vibration or energy in one’s creative field that is not aligned or in resonance with who I am. How does one release karma, somatic mutations? As I become aware of these patterns in my personal makeup and energetic field, I often write the pattern on a piece of paper to help keep the awareness focused, and then hold the paper/pattern between my hands in Attunement. Usually three things transpire. (1) There is more awareness of what is in the pattern. (2) There will be insights as to where and when this pattern originated. (3) Understanding will emerge as to how to release this pattern in the life field. Many karmic patterns are layered so it may take sharing consistent Attunement over time to experience a full release. Attunement from the crossover point, in my discernment, is the defining radiation from which this spiritual act of cleansing and renewal is achieved.

Fourth, Attunement from the crossover point will also clear the karma and somatic mutations in the life-patterns on and in the Earth’s body and its energetic field. This type of Attunement work is best done collectively. An example is what the International Weather Attunement Team (IWAT) is doing today. I encourage any Practitioner to consider sharing Attunement with the planet and any life-patterns of the world. You are welcome to join in on the IWAT’s Attunement time, 9 a.m. central; you are not alone in your work. And/or you can also find an Attunement friend or two to work together to bring your combined radiant blessings into the planet’s body. At the crossover point when two or more are in agreement and sharing Attunement, the healing and cleansing power of Love’s Radiation is released to clear and bless the Earth.

Whether you are a seasoned or a neophyte Attunement Practitioner, today is our time to live in the Spirit of Purification, the heart-thymus radiation. Let us accept that responsibility and purpose as divine stewards of our home planet. Share Attunement: let Love radiate, bless the world, and let the new Heaven be created!

2 thoughts on “Attunement from the Crossover Point”