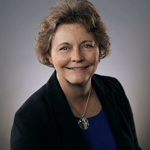 Four years ago this month, on the day after Donald Trump’s inauguration, I participated in the first Women’s March in Washington DC. I had never traveled to DC in protest, but felt that I had to go, to join so many other women, to let our presence be known and seen. Why? To send the message that women’s rights are human rights.

I’ll admit, it took time for me to accept the election outcome. I brought it into my daily Attunement sessions, working first with my life-pattern, then with my acceptance of the election, and with the upcoming protest gathering. I could feel a peaceful and hopeful presence when holding those who would come together. By the time it came to leave for Washington, I traveled with love in my heart.

It was a beautiful sunny January day. I flew with a girlfriend to DC and met up with my younger daughter, a political science college student at the time. The number of people at the march was staggering – mostly women, but men came too; all ages were represented. Women’s marches were held around the globe that day in solidarity, with an estimated five million people protesting. The size of the crowd in DC was so large we weren’t able to get close enough to the speaker platform to hear any of the speeches, nor physically march up the street. Instead, we mingled, talked with one another, sang songs, carried posters, and let the world know that women’s rights are important.

We gathered in opposition to the denigrating view of women we observed through the words and actions of this newly-elected President. Personally, I ‘marched’ in opposition to his quality of presence, his lack of compassion for others, his lack of character. The past four years have not shown that these concerns were misplaced. Presence matters. It encompasses the quality of being, and in a leader, the willingness to act for the good of all.

What has stayed with me from that Women’s March is the feeling of the group of people who were there – an overwhelming sense of love and compassion, of peace, of lightness and hope, as well as a sense of purpose and intention permeating it all. I felt hopeful again. We would get through the next four years and then we could move forward in creating a better world. In contrast to what we have witnessed in this week’s violent protest in our country’s capital, there were no incidences of violence at the Women’s March, or at any of the other women’s marches, on that day.

Like many, I found myself caught up in the events of Wednesday, January 6, trying to come to terms with what I was seeing as protesters broke into the United States Capitol. My younger daughter graduated and now works as a legislative analyst in DC. Fortunately, she does not work within the Capitol building. She was actually working remotely from my home in Kansas City, as she followed her intuition and stayed here an extra week after the holidays. However, her close friend connected with her. It was her first day of working in the House of Representatives on Wednesday, the day of the protest and violence. Along with many young staff and interns, she was kept on lockdown in offices within the Capitol building until late that night as protesters tried to get in some of those offices. The experience was traumatizing. Another close friend, working remotely from his apartment not far from the Capitol, and after hearing the nonstop sirens blaring all day, had a panic attack that afternoon. As hard as it was for us to watch from afar, those living in the DC area, and especially the younger ones, were affected even more.

During the last year or two, I have shared Attunement with Washington DC in general, and specifically with the President. (Yes, it has taken some work with myself over the past four years to get to where I can do this with no resistance. It has been an opportunity for growth that I appreciate.) Sharing Attunement, I start with myself and my life-pattern and often the top four endocrine glands, then expand out to my home and family, and the city I live in. I then share Attunement with the President, using an approach similar to a long-distance technique created by Joseph Antell, and in Chris Jorgensen’s Attunement Protocol book. I envision the President standing in front of me, pointing my receiving hand toward the feet and scan the body from top to bottom with my giving hand, noting those areas that come up for work. I then balance his life-pattern, envisioning him sitting with his back toward me and placing my hands at the cervicals. I then envision his body positioned in the best way for me to work with each area that came up, working from the top of the body to the bottom. This could be seeing his body standing facing me, or lying down, or in another position. I place my giving and receiving hands in position as if he were physically present with me, with the advantage that I envision his body positioned differently as needed for each Attunement protocol. I end with rebalancing the life-pattern at the cervicals, sweeping the body and releasing him.

After that, in the loving current of Being, I share Attunement with Washington DC overall, surrounding it and all who live there as well as those governing our country. Then I sometimes take my Attunement focus on out and hold the United States, the Earth, the Milky Way Galaxy, and finally the Universe. Then I reverse that progression, working back closer and closer, ending with my life-pattern.

I invite you to bless the United States, holding all in Washington DC including the political leaders, and then the entire country, in Attunement. As Chris Jorgensen often says, “Share Attunement: bless the world”. I am blessed in being able to share Attunement with myself, with others, with events and with all aspects of the world and life. When I think of purpose in my life, I think of Attunement. Feeling Love flowing through my hands is beautiful beyond words.