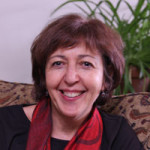 Our friend, Louise Broomberg (Johannesburg, SA), is in the middle of a trip to South Korea which includes teaching Attunement classes. Her friends Yujin Pak and Marsha Bogolin are hosting Louise on Jeju Island. Here are some excerpts of her emails about that trip, her perceptions of the Korean situation and picture of the three of them. Louise will be visiting the DMZ while in Seoul October 2-4. I am sharing these excerpts with the IAAP Attunement Community that there might be a larger Attunement surround and enfoldment of her time there. Blessings, Chris

I was sharing attunements with the community in the sweet little sanctuary here in Joyville.  Marsha commented that she felt the room was filled with presences.  That echoed what I have been feeling since I got here.  I don’t know whether it is mystical, shamanistic, essence of Jejuor jet lag or just where I am in my awakening process, but it is like I am having a trans-dimensional experience where hosts of people are continually coming into consciousness in a visceral way, from all dimensions.

I think situations generally look a lot scarier from the outside looking in, which of course the media contributes to significantly. In South Korea no one seems particularly concerned about an impending war. I spoke with a number of people to make sure my perception was accurate, and it is. Firstly they really don’t believe that anyone in this scenario would be stupid enough to let it happen, and secondly, even if it did they don’t see the point of letting fear and worry about an imagined future spoil the quality of experience in the present. So sensible! I had a great conversation with a man, Jae Jean Suh, who was President of the Korea Institute of National Reunification for many years, specializing in North Korea. He absolutely concurred with that view, with the facts to back it up which was quite reassuring. So we will see how it unfolds. In the meantime the value of unified radiation and synchronized meditation goes way beyond surface events. I don’t think we can underestimate the potency of it. We did speak about JamesTwyman’s meditation (which was 1am Sunday morning here), with people at the attunement gatherings on Saturday and Sunday, and they were quite touched that there was such care and interest in the situation here.

Yujin and his family have a unique connection with North Korea. Their grandfather was a key player in the reunification attempts after World War 2. He ended up living in North Korea and used his substantial wealth to help rebuild that country, which was thoroughly shattered by the war. More bombs were dropped on N Korea than were dropped in the whole Pacific region during the entire WW2, and way more than were dropped on Germany. Pyongyang was virtually demolished and 20% of the population killed. (Maybe it is understandable that they are somewhat touchy and feel the need to defend themselves?) The grandfather is the only capitalist buried in the Patriots’ Cemetery and is revered in N Korea. Their parents left Korea when Yujin was 9 and the family ended up in Canada, which means that now, as Canadian citizens, they can visit North Korea – something which now is not possible for South Koreans. They have all visited, and Yujin’s sister, Vana, has spent a considerable amount of time there and is passionate about telling a more balanced Korean story to the world than the one we generally hear, which has become decidedly skewed on all sides. She says she sees it and tells it through the eyes of the ‘sacred mother’, and at our attunement session on Sunday she said that she is aware that her work in North Korea and in telling the story is first and foremost attunement: the facts and information are secondary. Amen! What Yujin and Marsha have done here is quite remarkable, along with Jae Hyoung, Dukhee and others. I am loving seeing Yujin in his element, bringing exactly the qualities of leadership that are required in this situation. A number of the women have told me how much they appreciate Marsha’s demonstration of fierce warrior spirit combined with soft, tender, loving feminine – something quite new to many of them. Yujin and Marsha have been here 10 years already, so I am showing up to a field that is already richly alive and juicy. Special thanks to Luanne too for her contribution in cultivating the attunement field here.

The ‘trans-dimensional’ experience has continued. I am amazed and delighted at who ‘shows up’ at various times, and feeling great trust in the process that is way larger than I can figure out. I am now back at Joyville and have a 3-day attunement seminar starting this Friday (we are expecting about 20 people). Then various activities here in the community, back to Seoul on Oct 2 and back home on Oct 4.

My love and thanks to you all,  Louise

Twitter
« Martin: Cosmic Identity #1
Attunement with the Truth of Love »

5 thoughts on “Perceptions from Korea”