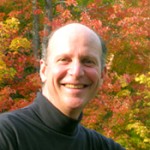 As our Star Wars friend, Yoda, said: “Try? There is no try. There is only do or do not.”

These are the days of Revelation: the emergence and expression of what is inside, out and into the world. This was so apparent at the first weekend of the recent five-month Attunement Practitioner’s Course in Portsmouth, NH. Starting with the check-in and continuing throughout the two days, the longing and passion on the part of each to let themselves out of old boxes and stereotypes and be revealed was like a fire. This internal fire is burning, coupled with patterns of discontent deep in the heart for one’s present state, whether that is career, relationships, or the old patterns of thought and feeling so frequently entertained. It was acknowledged that much of the world that we look upon is unreal. The light of this inner fire brings this fact clearly into view. At first, for those just getting used to this reality, this is a bit difficult to acknowledge. Feelings of failure, doubt, discomfort, and regret surface. However, in the current of Attunement that is so readily available and flowing in an Attunement class such as this, a confidence and trust are called again to remembrance. The real world of Spirit starts coming into view. To witness the identity shift from orientation in an ego created world to one of knowing and trusting again this Inner Presence is a privilege to be a part of. This is what I love about teaching and sharing the sacred art of Attunement.

The forces of Revelation are calling all things to remembrance, and everything is being illuminated in the Light. Much of what is seen is in a necessary phase of disintegration. We know this personally in our own hearts and minds. We also see it graphically being played out on the world scene. And then, there is the ascending flame where Truth re-emerges consciously, accompanied by a huge impetus to express it. Revelation is not an intellectual process, but is only known through an open hearted expression of true Being.

What strikes me most in the class experience, and what I see happening in the people I share Attunements with in my practice, is an embodiment of this inner fire or Presence. That is to say, it is being expressed. This isn’t about trying, but allowing what is already inside and burning brightly to be revealed. Some wise words expressed by Martin Luther King, Jr: “Our lives begin to end the day we become silent about things that matter.” The process of Attunement assists in the revelation of our true Voice into daily, momentary living.