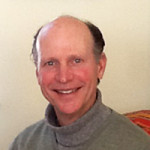 I am finding it important as we enter 2020 that I am able to perceive, hear and see those things which are in the process of arriving on the wings of spirit. As it is said, coming events cast their shadow. The shadow is the pneumaplasmic field of that which is on its way out of the future into the Now. As beings of light, we have this capacity to interpret the pulsations and design of things encoded in the Heaven, the invisible.

I believe it important to be a few steps ahead of what is approaching in this decade. In this way, we may be in flow and rhythm with a universal pulsation that is whole in nature. It is not man made. In my early twenties, I began to learn the skill of carpentry. I worked alongside a master carpenter as an apprentice. I watched, observed, was curious, and listened to his comments and tone about things. Soon I developed the capacity to be able to hand him the next tool he needed before he asked. It became very clear and generated a substantial and wonderful flow. If we were tired at the end of the day, it wasn’t exhaustion from “stepping on one another’s toes” but tiredness based in movement that was dancelike…big difference.

Being in sync with what is approaching, finding proper rhythm and proximity to it, a particular tone is sounded in our being and body. You and I don’t have to rush around seeking to fix anything or be “significant” in a human sense. Rather we simply stay put, show up and embrace a delightful curiosity of what love wishes to reveal now. Being such, the ordinariness of life’s daily opportunities come alive with possibilities to extend the stature of our beings To remain agenda less and open insures a necessary groundedness to be here now….at Home.  I love the simplicity of it all!