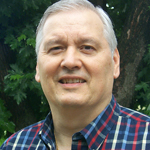 In the summer of 1970 I spent 90 hot days in San Antonio, Texas going through the Air Force Officer Training program. I successfully completed the training and received my commission to be a Second Lieutenant – my father jokingly called me “a 90-day wonder”. During his time in the Army he fought in World War II as an enlisted soldier and had first-hand experience of 90-day wonders. I quickly discovered that being a Second Lieutenant is the lowest position in the Air Force – you salute everyone who enlisted below you and everyone above you in the officer corps. Basically I saluted everyone in the Air Force. Yes Sir!

The US Air Force is just one of many organizations around the globe in which people train to participate in a unique world. All organizations – corporate, religious, military, various types of government and nameless others have a basic pattern of design and coordination by which the entity and participants must function. The officer’s training experience I had was the way the Air Force indoctrinated me into their world – the rules, the language, the norms and unwritten norms of behavior, and a particular view of the world. Rank is one very important rule to learn and follow because rank defines the overall design and operation in each flight, squadron, command, and ultimately the entire Air Force. Each Air Force member has a position in the corps and is given responsibility based on that position or rank. For officers, the top is the 4-Star General… the bottom is the Second Lieutenant!

Following my USAF pilot training, the service sent me to various survival schools, including prisoner of war (POW) training. When you are a POW the ranking officer speaks for all prisoners which affords some (although minimal) means of working with your captors. This challenging experience taught me a great deal. I learned how to survive in this type of situation and more importantly I saw first hand the practical usefulness of rank and how the design of the Air Force worked.

Something similar can be said relative to all organizations in which human beings function. Without design and control/coordination, whatever the organization is will cease to function. The objective in most humanly created designs is to make money by controlling people. So, what is the divine design and coordination of Being? It is one thing to say that Being (Spirit) is oneness. Yet, how does “Being” work and function in a practical sense? Attunement can help!

From June 29, 1947, Uranda: Attunement with the Truth develops what has been commonly called the mystical ability to perceive and understand that which is commonly thought to be hidden.

The operation of Being, how Being works, is not based in some type of hierarchy or rank, or revealed in any type of election. Although the divine principle of coordination and design, at least the idea of it, is used to operate human endeavors and the ego-created world. The design of Being, the coordination of Being, is based upon the stewardship of creative fields! Some fields are expansive in scale and others smaller. Scale does not matter; responsibility for the field is what counts.

What is a “creative field”? A creative field has three governing or points of polarity. When an Attunement is initiated with another person, that person is invited to create and share in a “field” together. In Attunement classes we have learned that when balance occurs in the current moving through the life-pattern of both individuals (usually at the beginning), it opens the Vesica Piscis or the place of union between the two participants. The one who initiated (giving) the Attunement is in the place of coordination while the one receiving (response) the Attunement is the one willing to participate in the creative field. Actually, both are in the creative field together, but the one that is initiating is responsible for holding the connection with the third point (Being) of the creative field. This is the point of coordination in a more expansive creative field. Thus, all fields are connected from the largest to the smallest – Union, Oneness in the All That Is – God Almighty!

The job of Creator Beings having a human experience is to manifest and steward the radiation of Love – the radiation of Being on Earth. A Creator Being stewards through the use of vibrations and energies in the many creative fields. This is divine, heavenly service. And, the realm of one’s responsibility never extends beyond the range of one’s creative field. That reminds me of the marital advice given to me by my mentor Martin Exeter. “Don’t go beyond the substance of your marriage.” In other words, don’t go beyond the substance of my primary creative field in form.

From September 20, 1946, “Directions For The New Day #4”, Uranda: The first evidence of the fact of a Creative Field is [that] it begins to adjust that which is harmonious to the currents involved, bringing it into the manifestation of a pattern harmonious to the points of polarity, but after the initial phases have been completed, so that there is really a channel of operation and the polarities are maintained and the understanding of Truth with respect to the current of Divine Love is clear, it properly moves into what we may rightly call a Creative sphere of Divine Pattern….Creative work as we think of it now is primarily re-creative, that is, in the true or ultimate sense Creative work is the bringing forth of that which did not before exist, so what I am calling a Creative Field within the scope of our present consideration….is primarily interested in re-creative work, that is, bringing forms already in existence into harmonization with the perfect Pattern. I sometimes think that the re-creation of a human being is more difficult than the original creation.

Creative fields can be as small as two people (sharing Attunement or a life partnership or marriage) or a grouping of individuals (IAAP teleconference call) or the population of the entire planet. And there are larger fields – the Earth being in the creative field of the Solar System. Relative to the Earth, all of the Earth is contained in the one field of Love which is described as the seventh plane of Being and in the human form comes to focus in the pineal gland. All the other levels of radiation or levels of creative fields come out of the differentiation of the One Spirit of Love. The specific Being that initiated the creative field of the Earth (think Attunement) is the coordinating point for this field. That One has been referred to in various sacred texts as the “Lord of Love”.

The design and coordination of Being is perfect. There is no competition, no ladder of success to climb, no limited ego urges (independence, importance, money, power, etc.) to live out. Each Being is responsible for a specific creative field. No more, no less. And, in each field there are countless divine possibilities. The revelation of Love is accomplished through many creative fields – some we participate in with another Being providing the coordinating function of that field. At other times who we are (I am) provides the coordinating function of a field – all to the end that the divine patterns are created and the stewardship of the Earth is accomplished.

The nature of the Creator is to create. We are a company of Creator Beings having a human experience and we reveal the divine through our daily living. Share Attunement and explore your co-creative side!

One thought on “The Design and Coordination of Being”