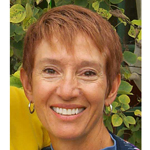 Thank you both [Chris and Donna] for the call today and our work together!! It would be great to continue to do that collective work on future calls. Or maybe start with feedback/work done on a previous topic, such as the gun thing.

I’ve been thinking about the gun issue as there has been a rise in permits in Colorado to carry concealed weapons since the Aurora shooting. Here at CU, students are allowed weapons on campus, if they have a concealed permit;  although the weapons aren’t allowed in the dorms. The NRA is looking at suing the school. The teachers are upset with the new law allowing concealed weapons.

In working with the pattern this morning, I imagined what it would feel like to have a concealed weapon – very interesting emotions came up of power, cockiness, and “don’t get in my way.” Pretty heady stuff. Misplaced power. The issue isn’t new, it’s been around ever since the Fall. Just hafta keeping working with it.

Twitter
« Attunement For The Lungs
Attunement Perception and the Vibrational World »